Prashant Bhushan on Friday shared screenshots of WhatsApp conversations between Arnab Goswami, the editor-in-chief of Republic TV, who is accused in the TRP scam, along with Bartholomew Dasgupta, the former CEO of BARC.

These are a few snapshots of the damning leaked WhatsApp chats between BARC CEO & #ArnabGoswami. They show many conspiracies&unprecedented access to power in this govt; gross abuse of his media&his position as power broker. In any Rule of law country, he would be in jail for long pic.twitter.com/6aGOR6BRQJ

In October last year, BARC filed a complaint through the Hansa Research Group, alleging that some TV channels, including Republic TV as they were cheating on their TRP numbers. Following that, the former BARC CEO was sent to court custody.

According to Mumbai police, Bartholomew Dasgupta abused his official position and was involved with the accused, including Arnab Goswami, in manipulating TRP ratings and bringing Republic TV to the forefront. Police have also accused Dasgupta, for paying large sums of money since the launch of Republic TV in 2017. Evidence was obtained against Arnab Goswami in this TRP case.

In a charge sheet filed by the Mumbai Police in connection with the investigation into the TRP issue, some news channel’s officials, including Republic TV editor Arnab Goswami and recently arrested former Broadcast Observer Research Council (BARC) CEO Bartholomew Dasgupta, have been arrested. More than 1,000 pages of transcribed WhatsApp messages have been leaked via Dasgupta’s phone.

Here are some of the ones we found to be interesting:

On April 4, 2019, a few days before the general election Mr Goswami was asked to suspend the Telecommunications Regulatory Authority (TRAI) proposal to Mr Dasgupta. He said that if the channel data was made public, many channels could be obscured by multi-system operators (MSOs) and local cable operators (LCOs).

“MSOs and LCOs will put you in more trouble with public data,” Mr Dasgupta replayed to Goswami.

At this time, Mr Goswami assures him that when the BJP government returns, TRAI will have no power. He asked Dasgupta to send him points on how these reforms could affect the government politically.

“As the channels are blacked out, the impact of news reporting on TV will reach fewer people, and therefore a dilute impact,” Dasgupta replied.

There are many instances in the transcripts that Goswami is proud of being close to the PMO and Ministry of Information and Broadcasting. He describes his visit to Delhi to meet various ministers. There is another record where he says, “All the ministers are with us.”

In other conversations, Mr Goswami also complained that other news channels received better ratings than his television and that steps would be taken to “fix the data”. Dasgupta promises him.

On February 26, 2019, the Indian Air Force launched an attack targeting the Jaish-e-Mohammed training camp in Balakot. The attack took place in Pulwama, Jammu and Kashmir, on February 14, 2019, in retaliation for the deaths of more than 40 CRPF soldiers in India. In the transcript of a conversation with Dasgupta a few days before the Indian attack, Arnab Goswami: “Bigger than a normal strike. And also on the same time, something major on Kashmir. On Pakistan, the government is confident of striking ina way that people will be elated. ”

The conversation was quoted in The Hindu as part of a transcript of a 3,400-page charge sheet filed by Mumbai police in connection with the TRP rating point scam. 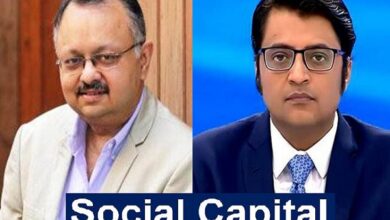 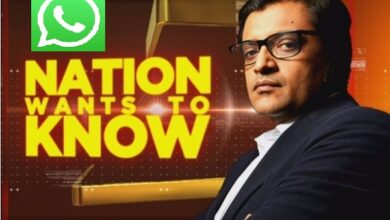