A few days ago, Vinod from Thiruvonam on Twitter criticize LTTE leader Prabhakaran. It went controversy on social media. Following this issue, Duraimurugan and members of the Naam Tamil party reached Vinod and make him apologize on social media live. Thus, Saattai Duraimurugan and others were arrested on the basis of a complaint lodged by Vinod in KK Nagar.

After this series of complaints, Sattai Duraimurugan was arrested. Following this, another complaint lodged by the Karur district DMK prosecution team on Duraimurugan for linking minister Senthil Balaji with the sand smuggling. Saattai Thuraimurugan is currently lodged in Lalgudi Jail.

Advertisement
Archive link
In this context, Mani Senthil, the state co-ordinator of the Naam Tamil Party, wrote on his Twitter page, “Duraimurugan was arrested yesterday at the Lalgudi jail for speaking out against CAA law in 2020 at a gathering of Islamic people in Adirampattinam. He will be appearing at Pattukottai JM tomorrow. ”

Many NTK members ​​began to denounce and express that the present government has taken back the old case filed at the Adirampattinam police station against Saattai Duraimurugan, who took part in the anti CAA protest last year in support of the Islamists.

On Junes 17, when we contacted state NTK co-ordinator Mani Senthil he said, “We are seeking bail for the cases against Saattai Duraimurugan. In this case, Duraimurugan was arrested while in jail for the anti CAA protest case held last year. Duraimurugan had informed us about this, and there are no relevant documents as he has been remanded in custody. We are going to get bail along with that. ”

When asked “why he had not yet been produced in Pattukkottai court (yesterday)”, he said, “Maybe they’ll produce him in court on Monday. Contact Pattukottai, Adirampattinam police station. ”

In this regard, while talking to the Tanjore District Police Officer, he said that Duraimurugan was not arrested as they say.

If NTK members’ claims are true, Duraimurugan should have been produced in court yesterday (June 17). However, the News states that in another case he has presented in Thiruvidaimaruthur court yesterday. There is no news of a court summons to Sattai Duraimurugan in connection with the anti CAA case and a police arrest.

High Court Advocate Ayyanar says “if you are arrested in a case you have to appear in court within 24 hours,”

There is no specific News regarding that Saattai Duraimurugan is currently under arrest for the anti CAA case filed last year. NTK members are the only ones informing this information. The police have also denied the information.

We were mentioned in our post referring to a lawyer who said that “if a person when he is arrested in a case they have to appear in court within 24 hours”. But, a member commented on our posts as ” In the Prisoners Transmit warrant there was no mention of 24 hours as in the 2011 KN Nehru case”.

In this regard, Advocate Ayyanar said, “In the time where the holidays or in the case where the place of appearance is far from the place of arrest, the inmate prosecution order may take some time, but the prosecution must happen in the same day as soon as it is due (Earliest) and it is not possible to give it for a long time. ” Duraimurugan, who was lodged in Lalgudi jail, was produced in the Thiruvidaimarudur court, 80 km away, the day after he was summoned. Pattukottai is located at a distance of 100 km from Lalgudi. Also, police officials said that Duraimurugan was not arrested in the CAA case. 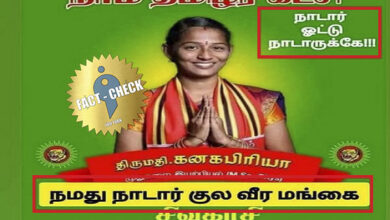 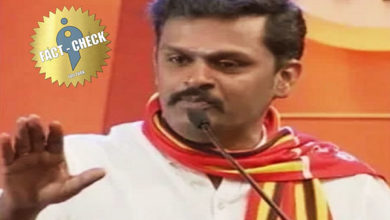 Did Kalyanasundaram say that the people of Tamil Nadu are waiting for Seeman’s death? 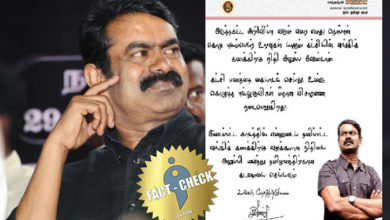 Did Seeman redirect party funds to his bank’s account?