The deaths are categorised statewise based on reasons including family problems, illness, mental illness, poverty, unemployment and various other such reasons. One such reason mentioned is drug/alcohol addiction. 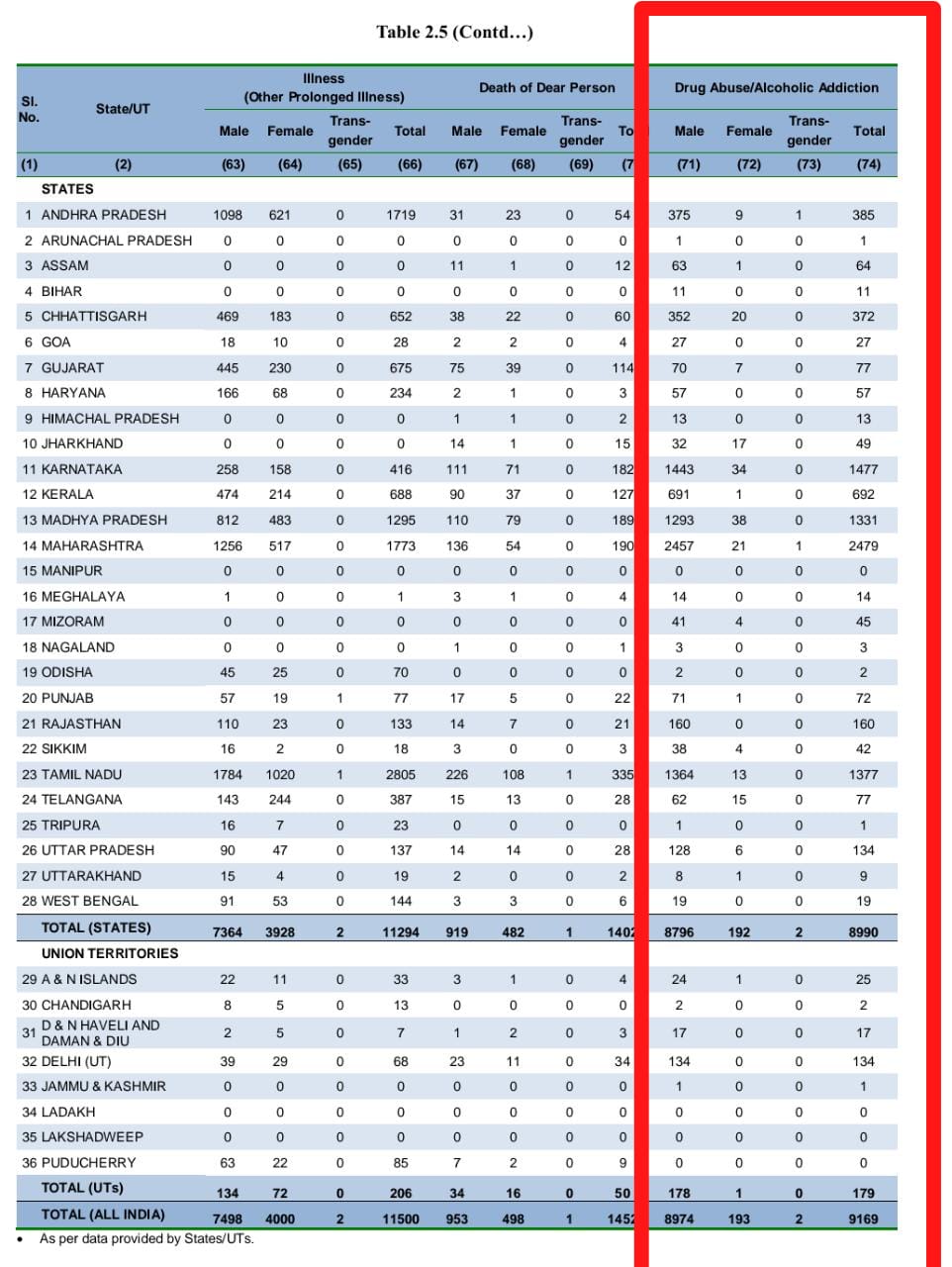 Kerala follows with 692, Andhra Pradesh with 385, Chhattisgarh with 372, Rajasthan with 160, Delhi and Uttar Pradesh 134 each as in the table mentioned. A total of 9169 deaths were caused due to drug/alcohol addiction in the states and UTs last year. The split-up of the total is male 8974, female 193 and transgender 2.

It is worrying that Tamil Nadu that speaks about social justice ranks 3 in suicidal deaths due to drug/alcohol addiction. The report shows how people of Tamil Nadu are addicted to drugs and alcohol.

This should not be the state of Tamil Nadu where people always feel proud about the development and common people’s voice. The situation where the government have the target to sell alcohol during festivals like Diwali and feeling proud for achieving the target post-festival exists till now. More than describing addiction to alcohol with discipline, awareness of the negative impacts should be created.

The political parties including ADMK, DMK just have a column in their election manifestos to reduce the liquor shops in Tamil Nadu every time. The Tamil Nadu government should take precautionary measures to prevent Tamil Nadu from getting first place in the list of suicidal deaths due to drug and alcohol addiction. Mentioning the label ‘Consuming liquor is injurious to health’ on the liquor bottles is not enough, necessary steps are to be taken!