Prime Minister Narendra Modi visited Indonesia last week to attend the G-20 Leaders’ Summit in Bali on 15th November 2022. At the end of the G20 Summit, the Presidency was handed over to India for the 2023 edition as per the tradition of rotating the G20 Presidency every year among the G20 member countries. During the summit, Indian Prime Minister Narendra Modi and US President Joe Biden met and a press release was issued by the Ministry of External Affairs (MEA). About the meeting, the MEA press release describes “They reviewed the continuing deepening of the India – US strategic partnership including cooperation in future oriented sectors like critical and emerging technologies, advanced computing, artificial intelligence, etc. They expressed satisfaction about the close cooperation between India and US in new groupings such as the Quad, I2U2, etc.”

In addition to that, the MEA also mentions, “The two leaders discussed topical global and regional developments. PM Modi thanked President Biden for his constant support for strengthening the India-US partnership. He expressed confidence that both countries would continue to maintain close coordination during India’s G-20 Presidency.”

This was widely reported in the reputed news outlets such as The Hindu, NDTV etc.

There was an official statement from the White House that was released on 15th November 2022, but it was about the trilateral meeting that took place during the G20 Summit when Presidents of the United States of America, Indonesia and Prime Minister of India met together. There was no separate press release or mention of any bilateral meeting of US and India in the White House website. A week after the press release by India’s Ministry of External Affairs, US Press Secretary Karine Jean-Pierre gave out a press briefing aboard Air Force One on 21st November 2022 enroute to North Carolina during Biden’s visit to the American state. In the Press briefing, a question was asked about Eric Garcetti’s nomination as the US Ambassador to India and if his nomination would get through in the Senate. Karine responded that India is a very important relationship for the US, and they are committed to getting him through the process but clarified that she does not have anything further on the details of how that would be achieved.

Apart from this, there had been no mention of the meeting of Prime Minister Modi and US President Biden from the White House. Following this response from the US Press Secretary, questions are being raised about how the meeting of the two heads of the states were portrayed by India. This image has been trending in social media ever since Karine’s press briefing. However, the image misquotes US Press Secretary Karine’s words by including “There was no special discussion” which was not featured in the White House’s press briefings. In addition to that, the top half of the image has been attributed to S Jaishankar, the External Affairs Minister of India but it was a statement issued by his Ministry without his name. But that doesn’t brush away the underlying question whether India had overstated the meeting of Modi & Biden in Bali during the G20 Summit.

Suhasini Haidar, the Diplomatic Affairs Editor of The Hindu, had tweeted that Delhi and Washington should clarify on the discrepancy found in both cases.

A tale of two meetings, or two tales of the same meeting ? MEA press release from Bali speaks of detailed talks between PM Modi and US President Biden, full review of ties. White House says Biden met and greeted PM "very briefly" in Bali. Delhi and Washington should clarify pic.twitter.com/XnC1ykgmQA

Various other news outlets such as The Print, News Laundry have raised similar questions. We would know the real picture only if India’s Ministry of External Affairs and the US’s Department of State come out with a clarification. 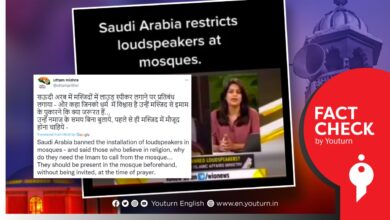 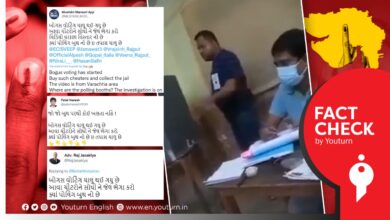 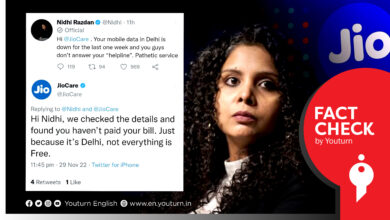