The possibilities of studying medical courses have shrunken because of NEET and we are in a situation where the students are committing suicide due to NEET fear. It is shocking to hear the news on leaking NEET question papers for 35 lakh rupees and the incident of cheat that happened in the exam hall in Rajasthan’s Jaipur.

Mukesh Samota, the exam hall invigilator and Ram Singh, in charge of the exam centre in Rajasthan Institute of Engineering and Technology took photos of the question paper and have sent it to two people through WhatsApp to get correct answers for the questions. The received answers were sent to Ram Singh who gave them to a candidate Dineshwari Kumari.

The candidate’s uncle waited outside the exam centre with ten lakh rupees in a car where the total amount discussed for this deal was 35 lakhs.

Ram Singh and Mukesh Samota have sent the question paper to a person named Pankaj, which was sent to Sunil Rinwan and Dinesh Beniwal in Sikar and they sent the answers back. The question paper was shared across Jaipur and Sikar later.

Several cheating episodes are being happened even after most of them are getting caught. Tamil Nadu government has passed a bill to get an exemption from NEET. However, student Dhanush committed suicide before the NEET exam and Kanimozhi post-exam, which has shocked the public. On the other end, cheating in the NEET exam has created anger among the public. 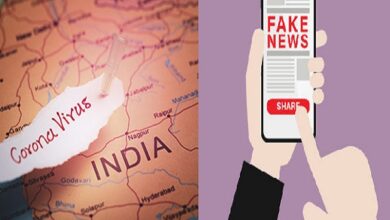 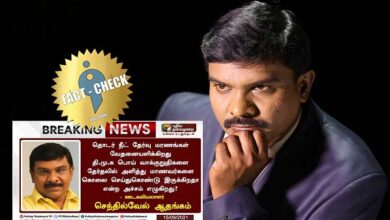 Fake news and Tweet in the name of Journalist Senthil Kumar ! 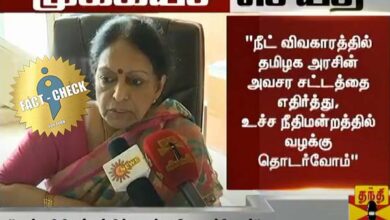 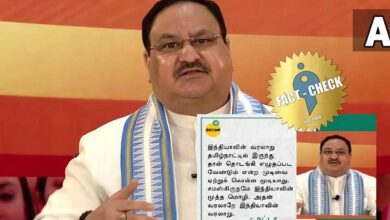 Did J.P.Natta say that he cannot accept the decision that Indian history starts from Tamil Nadu?