The public works department along with the police carried out the task of removing the encroachments claiming that the Aadhimariamman temple was built by occupying the lake where the huge Shivalinga statue was located in Thanjavur. Scenes of the majestic Shivalingam collapsing during such activities went viral on social media.

Some social media users posted that they all are comparing this incident with Taliban and condemned. Youturn followers are also being asked to report on the demolition of the temple in Thanjavur. We have attached the information received through the news regarding the incident where the temple was demolished and the response given by the Thanjavur DSP.

Based on a complaint that the Samuthiram Lake near Thanjavur and its shores have been heavily encroached upon, the Public Works Department has identified 91 occupations around the Samuthiram Lake in the villages of Puliyan Thoppu and Arunmozhipet. Demolition work on the occupied buildings began in 2017.

Padmavathi, the administrator of the Aadhimariamman temple, Ramamurthy Swamy’s Samadhi and houses, which occupied an area of ​​14,000 square feet and occupied the Samuthra Lake area in Puliyanthoppu village, was on trial in the Madurai branch of the Chennai High Court in 2018. Thus, an interim ban was imposed on the demolition of the temple. The Public Works Department was ordered to give an explanation in this regard.

However, based on the response from the Public Works Department, the trial judge ordered the removal of the occupants within 10 weeks in August. By court order, police began demolishing parts of the temple with security.

When the temple was demolished, a member of the Hindu Munani Katchi climbed the Shivalinga’s pedestal and threatened to kill himself. Then they have persuaded him and let him down. The removal of the temple was halted halfway due to lack of light due to nightfall. So only the Shivalingam was on left alone. Then it too collapsed and fell.

In this regard, when we contacted DSP Sitharaman on behalf of Youturn he said, “The temple built 40 years ago. During the demolition of the temple, the owner, Padmavathi, approached the High Court claiming that the temple had been here for many years. However, the Public Works Department has ordered the removal within 10 weeks after it was revealed that the temple was occupied and built during a detailed investigation with documents in the High Court. That is why the demolition of the temple was carried out. ” 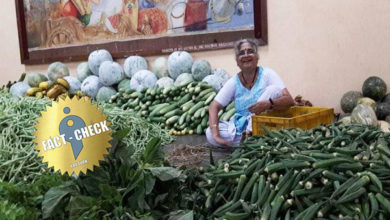 Did Infosys founder’s wife Sudha Murty sell vegetables? | What is the truth? 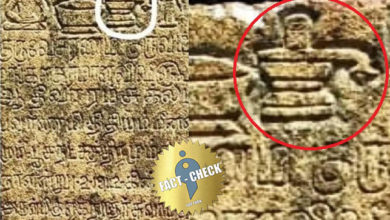 Does the inscription on the Shiva lingam belong to the 1st century BC? | What is the True information of Kinnimangalam inscriptions? 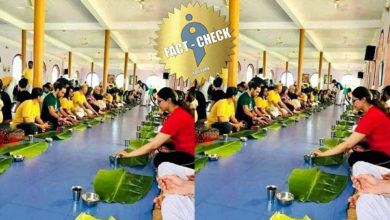 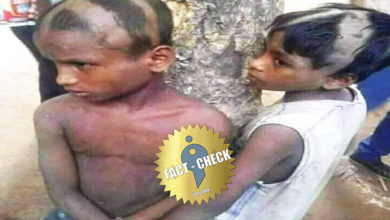 False photo of Dalit boys being bullied for entering inside the temple!