Subsequent relaxations have been announced in India and people are returning to normal life as the COVID-19 epidemic has not completely disappeared. News of corona virus infection has also become something people are accustomed to. On the other hand, many people are infected with the corona virus.

Meanwhile, a 100-year-old husband and his 92-year-old wife who was diagnosed with the corona virus have been treated and discharged.

Vaithiyanathan, a 100-year-old man from Thiyagarayanagar, Chennai, was admitted to the Rajiv Gandhi Government Hospital in Chennai on the 4th October due to fever and cough. Tests carried out there confirmed the presence of the corona virus.

Meanwhile, his wife Janaki (92) was admitted to the Rajiv Gandhi Government Hospital on October 5 due to symptoms and problems. Both husband and wife have been physically and mentally strong. Both couples who received treatment have now returned home after recovering from the corona. When contacted, the doctor at the Rajiv Gandhi Hospital, who treated Janaki, said, “Janaki a 92,year old woman was confirmed positive on corona and admitted to the hospital for more than 10 days. She was under my observation for 3 days. We provided the usual medication and treatment for corona patients. They are now fully recovered and returning home. ”

Of these, 3 elderly people over 90 years of age, including a 99-year-old woman who was admitted to Rajiv Gandhi Government Hospital with a serious coronavirus infection and lung damage, have fully recovered and returned home in a same day. Twenty-seven elderly people over the age of 90, including a 100-year-old man admitted to Rajiv Gandhi Government Hospital, have made a full recovery from the corona. 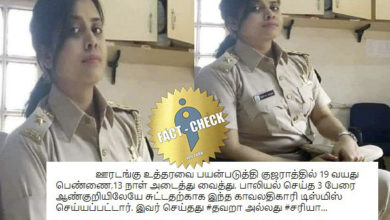 Was a policewoman suspended for shooting the 3 rape accused in Gujarat? 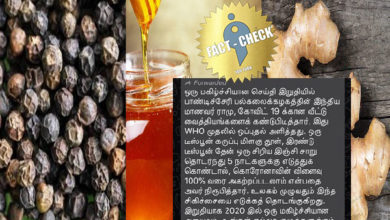 Did the Pondicherry student find medicine for COVID-19? What is the Truth? 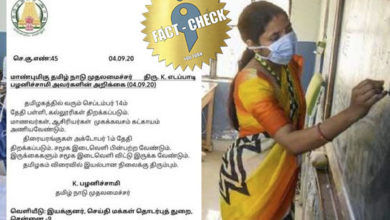 School and Colleges open from September 14th! What is the truth? 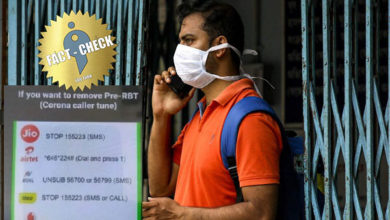 Is it possible to stop the corona caller tune with these numbers? 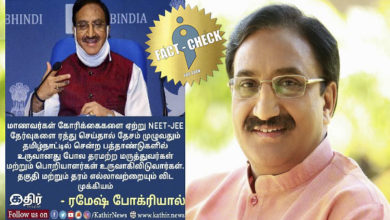 Ramesh Pokhriyal did not say that substandard doctors were created in Tamil Nadu! 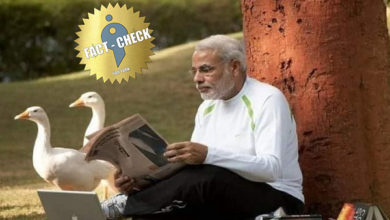 Old photo of Modi being with peacock being spread as recent one!