In India out of the 9.45 lakh water bodies identified in 22 states and union territories, 18,691 water bodies have been occupied. Of these, the maximum occupation is reported in Tamil Nadu, according to the Union Ministry of Water Resources.

On March 14, Union Water Resources Minister Bisweshwar Dudu told the Rajya Sabha that there were 9.45 lakh identified water bodies in 22 states and union territories. Of those, 18,691 watersheds have been occupied. ” By September 2021, the Chennai High Court said, “Occupancies in all water bodies in Tamil Nadu should be removed. In Chennai alone, 950 water bodies are missing and have been occupied and

turned into buildings. Therefore, the government of Tamil Nadu should remove the encroachments on water bodies and forests. 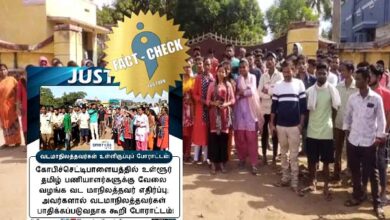