Sridevi murder report is out now. After a year the facts come out. Bollywood is sure to be the realm of the drug mafia. Kangana is aiming and hitting right. We are witnessing a series of allegations of drug trafficking and trouble in Bollywood cinema and it is becoming a political and talkative subject. In this case, a report dated two years ago is now circulating that the autopsy report released by the Dubai Ministry of Health states that actress Sridevi, who died in Dubai 2 years ago, was using a drug called cocaine.

Actress Sridevi was found dead in a Dubai hotel room on February 24, 2018. Actress Sridevi has lost consciousness and accidentally fell into a bathtub in a hotel room, according to all reports in the Dubai government. Even at that time, many doubts were raised as to whether Sridevi’s death was a murder or some other cause. However, the Dubai government autopsied Sridevi’s body and issued a statement. However, the report dated 26 February 2018, which is currently circulating, was not published in the news or on the official side of the Dubai government. Also, you can see that there are various spellings mistakes in that report. Even on February 26, the Dubai Media Office posted on its Twitter page that the Dubai Police had issued an autopsy report stating that she had unexpectedly drowned.

Following this, while searching for actress Sridevi’s autopsy report, a number of news outlets, including India Today, published a specific report on February 26, 2018. Similarly, a report issued by the Dubai Health Commission on the embalming of his body has been released. None of these mentioned any drug use In our search, we came to know that the report circulating that actress Sridevi was using cocaine was not published on behalf of the Dubai Ministry of Health and that it was a fake report. 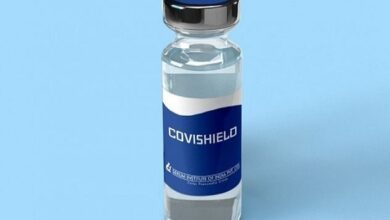 SERUM INSTITUTE OF INDIA donates election funds for vaccinations approval? Not only BJP!