Rothschild is the one in this picture. Who lived as the richest man in Britain. The British government, borrowing from him, lived to the point where he was too rich to lead his country. One day as he entered the room, full of his treasures, and was looking at the account, in the sudden gust of wind, the open doors closed, unable to open.

It’s a secret room from Rothschild’s library room, you have to go into it. The library room door was locked on the inside. The key to the treasure room was to stay in the doorway. He wrote a few lines on the wall before dying from starvation and starvation for several days.

An emotional story has been circulating on social media for some years that Britain’s rich Rothschild was starving to death in a secret room where his treasures were kept, with a photo of a man sitting in a room where gold nuggets were kept. A search of Britain’s wealthy Rothschild found information about Nathan Mayer Rothschild, who lived and died in 1777-1836. The Rothschild family, Jews of German descent, were credited with running the government and influencing politics. Nathan Mayer Rothschild of the family was well known in the UK stock market and banking industry. The website family.rothschildarchive.org states that Nathan Mayer died in 1836 with a portrait of Rothschild. There was no information as to the whereabouts of the deceased in the room where the gold nuggets were kept. The family document website www.rothschildarchive.org states that Nathan Rothschild died of “Abscess”. Many photo marketing sites, including walmart.com, are selling this photo while searching for viral photos. However, at the beginning of the photo, no information was available about who was in the photo.

In our search, there was a rich man named Nathan Rothschild in Britain. However, it is rumoured that he was trapped in a secret room full of gold nuggets and died before being pronounced dead. The person in the photo spread with that story is not Rothschild. It can be known as a completely fabricated fake story. 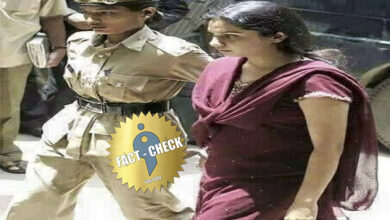