Do not worry that the media is spreading fake news. Wait and watch the state of Tamil News media after 6 months – BJP State President Annamalai. Annamalai was appointed as the leader of the Tamil Nadu BJP after L. Murugan took over as joint minister. In this case, Annamalai asked their party members not to worry that the media is spreading fake news.He will look into the situation of the media in the next 6 months. Now, this news has been circulating in a News7 tamil’s news card.

While researching the Facebook page of News 7 Tamil News, on July 14, a news card with the same photo of BJP leader Annamalai was found. But the message there was different.

The message which goes like ” Many Tamil Nadu BJP MPs will be in the 2024 Parliament: This is only the beginning… – BJP state leader Annamalai” is the actual one posted by the News7 tamil. It can be seen that the edited newscard which is going viral on social media does not have a date in it. Speaking to the digital section of News7 Tamil, they said, “The news card that goes viral is fake. We did not publish it. ”

News7 Tamil channel has not released such a news card. However, it is true that the Tamil Nadu BJP leader Annamalai spoke about the media.

“Forget about this media. They are spreading fake news about us.You will see within the next 6 months that we can take control of that media. The reason is that no media can constantly tell lies.After all, our former head of state, Thiru Murugan is now the Minister of Information and Broadcasting. All the media will be under his control.They cannot do politics with fake news for a long time.” Annamalai said.

In our search,it is true that Tamil Nadu BJP leader Annamalai told his supporters not to worry that the media is spreading fake news, wait for 6 months and see the change in the state of media. However, it is known that the news card spread by News7 Tamil is a fake. 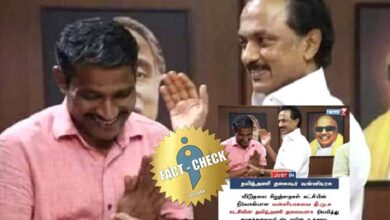 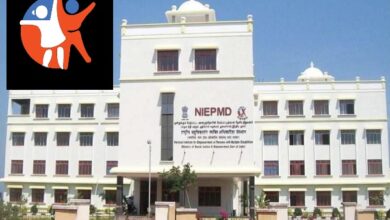 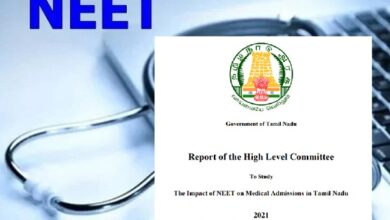 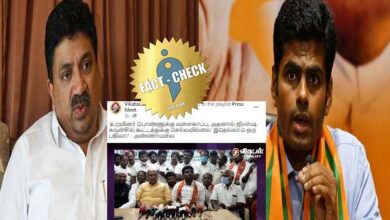