As Udayanithi was Stalin’s son, he has been allotted for two constituencies, Chepauk and Thiruvallikeni – Dindigul Sreenivaasan In dynasty politics, Udayanidhi Stalin has been criticized for being promoted to youth secretary in the DMK and given the opportunity to participate in the 2021 assembly elections. It was announced on behalf of the party that he would contest on the Chennai Chepakkam-Tiruvallikeni constituency.

In this context, news spreads as AIADMK Minister Dindukkal Sreenivaasan have said that Udayanithi Stalin has been allotted two constituencies, Chepauk and Thiruvallikkeni, as he is Stalin’s son. Many DMK supporters have been teasing the news card as “did they don’t even know that Chepauk-Tiruvallikeni is the same constituency”. Also, they are sharing and spreading it on social media.

When inquired whether AIADMK Minister Dindukkal Srinivasan statement that two constituencies had been allotted to Udayanidhi, it was learned that no such news had been released. No such news card was published on the Facebook page of Puthiyathalaimurai’s News.

When we contacted the Puthiyathalaimurai officials about the spread of the news card, they replied, ” This is fake. ” it has been editing and spreading from the news card released on March 12.

Read more: Did Seeman secretly meet BJP leaders? | What is the truth?

In our search, the news card claimed that the AIADMK Minister Dindukal Sreenivaasan has said that Udayanithi has been allotted two constituencies, Chepauk and Thiruvallikkeni, as he is Stalin’s son if fake and edited news card. 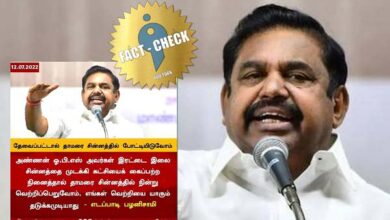 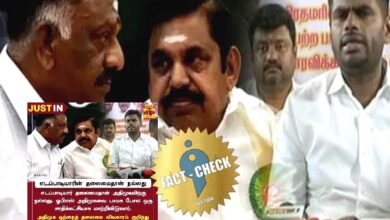 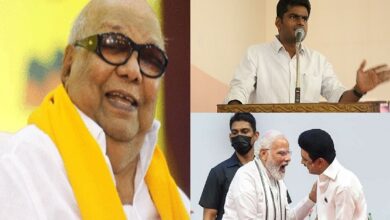 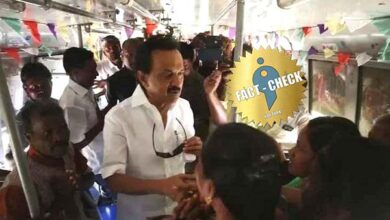