If a state has more than 40 districts then that state will be divided into two. Tamil Nadu Chief Minister Edappadi Palanichamy has inaugurated the 38th district headed by Mayiladuthurai, dividing the Nagapattinam district of Tamil Nadu. During his rule, we can see the emergence of new districts in Tamil Nadu.

In this case, if there are more than 40 districts in a state, the state will be divided into two, and a meme circulating on the Instagram site featuring whether the division of districts is good or bad. Followers are also asked us to comment on its authenticity.

In India, states were first divided on the basis of language. Later, new states were formed for other reasons. But it is not true to say that a state can be divided into two if it has more than 40 districts.

This is because Uttar Pradesh tops the list of states with the most districts in India with 75 districts. Madhya Pradesh is second with 52 districts.

This information is published in the 2019 Indian Express article on the size and number of districts in the Indian states. The data is based on the 2011 census and the government website.

Tamil Nadu and Bihar are next to Uttar Pradesh and Madhya Pradesh. Tamil Nadu consists of 38 districts including the presently formed Mayiladuthurai district. Similarly, the state of Bihar has 38 districts. The argument that the state of Uttar Pradesh, which has 75 districts, should be divided into two has been around for a long time. In 2011, during the Mayawati-led Bahujan Samaj Party’s rule, a resolution was passed to divide Uttar Pradesh into four parts.

The reason for the need to divide the most populous state of Uttar Pradesh into smaller states was to provide better governance and growth in all parts of the region. But, it was not accomplished. In July 2020, BSP MP Kunwar Danish Ali reiterated his demand.

Despite calls for the division of the existing state of Uttar Pradesh into smaller states, there are political reasons for not doing so.

The new districts are divided according to population and administration. But the information that the state itself will be divided into two if it goes beyond 40 districts is completely false.

Explained: How the number and size of districts vary from state to state 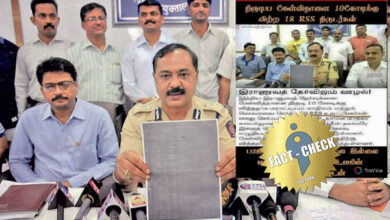