If I become CM, I am ready for the eradication of fake social justice in Tamil Nadu and the flourishing of Hindu caste justice – H. Raja 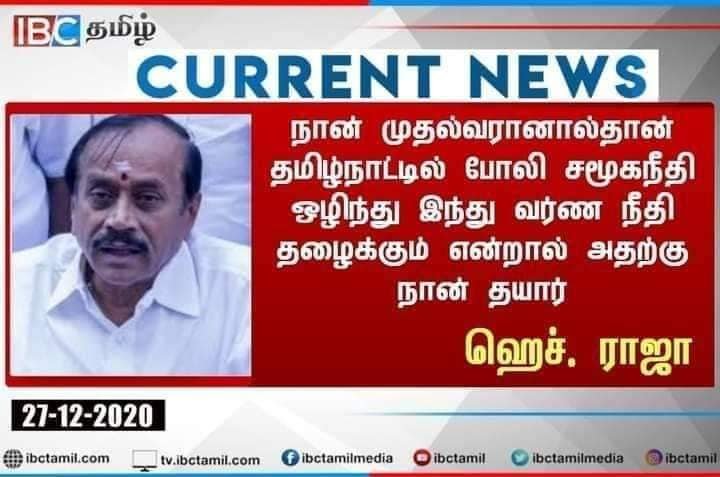 The comments of the leaders of the two parties indicate the occurrence of a verbal clash between the AIADMK and the BJP in the announcement of the Chief Ministerial candidate.

In this context, IBC Tamil News’ Facebook news card has gone viral, with BJP leader H. Raja saying, “If I am the first, fake social justice will be eradicated in Tamil Nadu and Hindu caste justice will flourish.” When H.Raja speaks controversial comments it will appear in all the news and become content on social websites. However, the comment in the news card that went viral was not only published in other news but also on the IBC Tamil side.

They are sharing the edited news card about H. Raja in another news card published on December 27 on IBC Tamil Facebook. 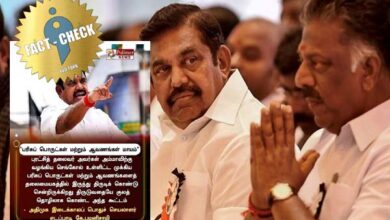 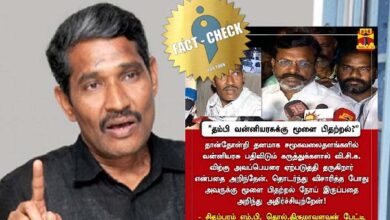 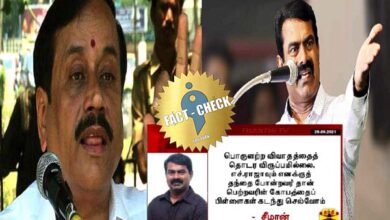 Fake claim that Seeman said H.Raja is like his father ! 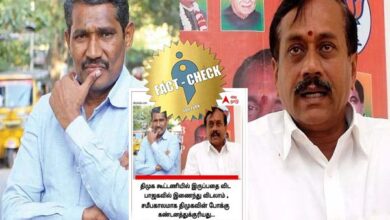 Did Vanni Arasu comment it is better to have an alliance with BJP than to be an ally of the DMK? 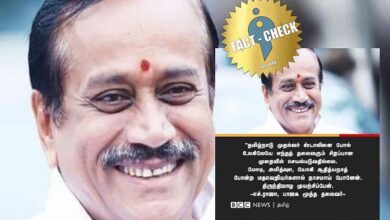