We condemn the hate crime at the Shri Bhagvad Gita Park in Brampton. We urge Canadian authorities & @PeelPolice to investigate and take prompt action on the perpetrators @MEAIndia @cgivancouver @IndiainToronto On 28th September 2022, Troyers Park in Brampton, Canada was renamed as Shri Bhagavad Gita Park. Patrick Brown, the Mayor of Brampton, had tweeted about this on the same day. On 2nd October 2022, the High Commission of India in Ottawa tweeted that the signboard in the newly renamed Bhagavad Gita Park had been vandalized and termed it as a hate crime. Following this, several news outlets in India reported on this alleged hate crime, some of which can be seen here, here and here.

The image shared by Indian High Commission of India in Ottawa had a flower in the signboard. This is the official logo of Brampton which can be confirmed through their official website and several images can be found with the flower logo next to the ‘Brampton’ name. The city of Brampton is called the “Flower City of Canada” and the reason why the city got its name is explained in a graphic book that is available in the city’s website.

With the flower graffiti on the signboard which was alleged as the vandal act out of our way, we browsed through the twitter handle of Patrick Brown, the Mayor of Brampton. He had tweeted on 3rd October 2022 that the sign was taken out for an “unplanned maintenance and to reprint”, a day after the Indian High Commission’s tweet about alleged hate crime. The Peel Regional Police of the city of Brampton clarified in a tweet that there was no vandalism in the newly renamed Sri Bhagavad Gita Park. The High Commission of India in Ottawa, Canada is yet to recall its call for action by the city Police and authorities.

From @CityBrampton Community Services and Communications Department on the confusion over resident complaints about Gita Park sign.

“We learned that the sign was damaged during the original install & a city staff member brought it back for unplanned maintenance & to reprint.” https://t.co/hkfmSFF1Ui

– Shri Bhagavad Gita Park, #Brampton
– Permanent sign is still waiting for the lettering to be applied
– There was no evidence of vandalism to the permanent sign or any park structure
– It was a temporary park sign used in the park naming ceremony
– PR22035311

It is to be noted that India’s Ministry of External Affairs issued an advisory to Indian nationals in Canada to remain alert and exercise caution due to sharp increase in incidents of hate crimes, sectarian violence and anti-India activities in Canada.

In our search, we find that the hate crime alleged by Indian High Commission in Ottawa is false. It has been clarified by both the City Police and City Mayor that there was no vandalism in the newly renamed Shri Bhagavad Gita Park. 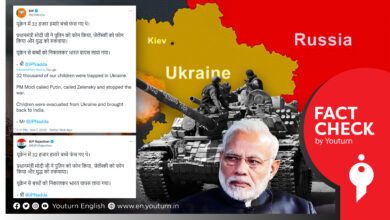 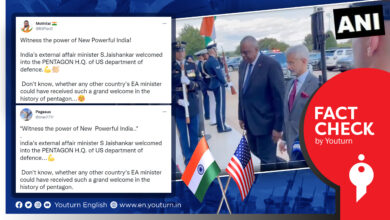 Did External Affairs Minister receive a unique reception in US ? 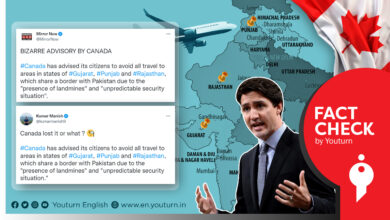 Misleading claims are made about Canada’s travel advisory to India 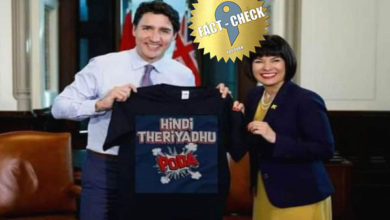