Recently, Kanimozhi and Geetha Jeevan inaugurated a bus stop in Thoothukudi. The cost mentioned is Rs.1.54 crore. Do this tin roof and stainless steel rod costs one crore and 54 lakhs? MP Kanimozhi and Minister Geetha Jeevan inaugurated a newly built bus stop in Thoothukudi. It is mentioned in the inscription placed nearby, “Modern bus stop construction value Rs.1.54 lakhs”, and this created debates and discussions on social media.

Social media users questioned MP Kanimozhi if a normal bus stop would cost 1.54 crores. Our readers also asked us to check the authenticity of the claim. On September 5th, 2021, Minister Geetha Jeevan tweeted, “While inaugurating the newly built bus stop in Millerpuram, Thoothukudi under smart city scheme along with MP Kanimozhi”, attaching a few pictures of the occasion.

The contract approval from the ADMK regime for constructing Rs.1.54 crores worth of bus stands under the smart city project in Thoothukudi can be seen. It is mentioned on the Thoothukudi Corporation website, “Tender from two contractors for the construction of stainless steel bus shelter in Thoothukudi city Municipal corporation that worth Rs.1,54,00,000 under the smart city project was received on 24.02.2020, opened on 25.02.2020, and was approved on 6th March 2020”.

Similarly, it is in the news given by Thoothukudi corporation as the press release that 8 bus stops were constructed costing 1.54 crores can also be seen. Thoothukudi Corporation Facebook page has posted, “The construction work of 8 bus stops each costing 19.25 lakh rupees, the total project worth 154 lakhs approved under smart city project were completed in the required areas of the city”.

Bus stops at 8 different places were constructed for 1.54 crores. But the inscription didn’t have clear details and hence created controversies.

The bus stop inaugurated by MP Kanimozhi and Minister Geetha Jeevan alone didn’t cost 1.54 crore rupees but it is the total cost for the construction of 8 bus stops under the smart city project. 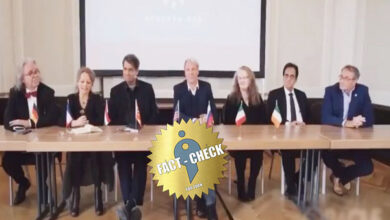 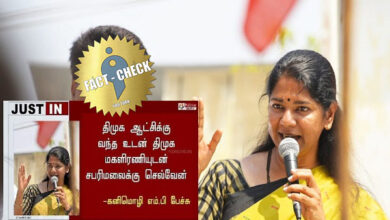 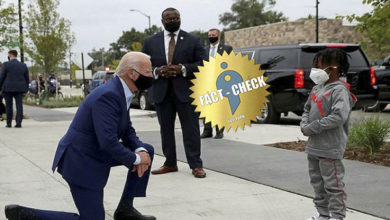 Did Joe Biden kneel and apologize to George Floyd’s daughter?