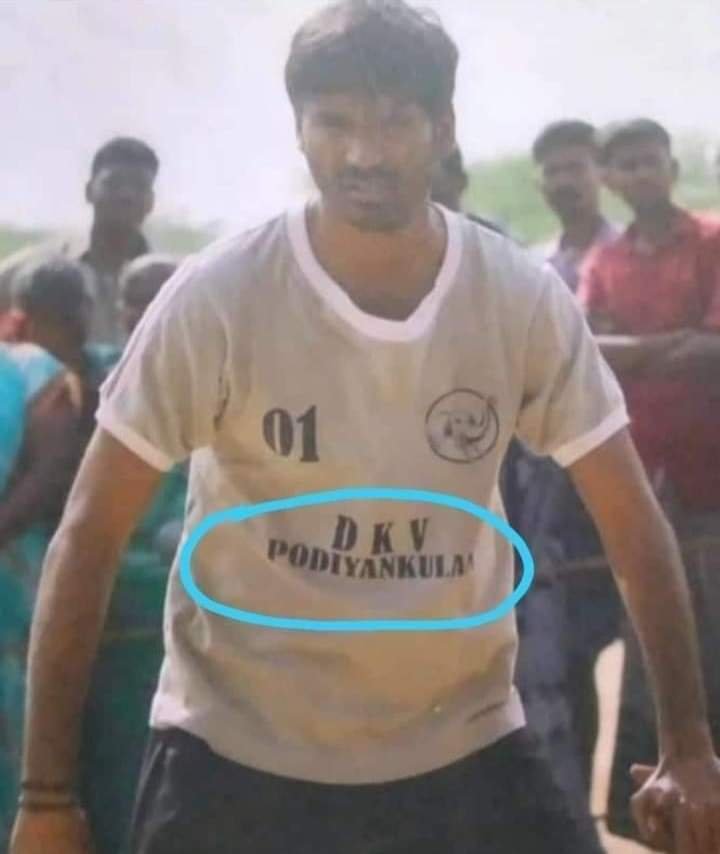 Karnan, directed by Mari Selvaraj and starring Dhanush, has been released in theatres recently.

The photo has been shared on social networking sites including WhatsApp and Twitter, showing Dhanush playing Kabaddi in the movie Karnan with a caste code of “DKV” on his clothes and DKV being a section of Devendra Kula Vellalar. However, the T-shirt worn by Dhanush in the film did not say “DKV”. Before the break show, the kabaddi match between the two villages had only the name of their village as Podiyankulam in the dress worn by Dhanush and the youth of that village. On the one hand, discussions and posts about what Karnan is going to say about the film are the talk of social media, on the other hand, Photoshop is spreading caste identity and spreading false posts.

In our search, we came to know that Dhanush’s photo was edited which was circulated as DKV mentioning Devendra Kula Vellalar in the T-shirt worn by Dhanush in the movie Karnan.