Coffee and mixture cost Rs. 47 crores in Water and land development project meeting. Is the price of an LED bulb Rs. 10 thousand? Rs 1 crore fraud. We are 40 years ahead of North Indians in the Dravidian model regime. Tamil Nadu will become another No.1 rich state. That’s the reason behind the increase in price. A meme post has gone viral on social networking sites alleging that officials in the DMK regime were caught cheating up to Rs 1 crore by buying LED bulbs for Rs 10,000 each. We have already heard about the LED bulb scam featured in the viral meme post in the news media before. While searching for it, it came to light that on June 16, News 18 Tamil Nadu channel’s Crime Time reported on the arrest of government officials in connection with the LED bulb scam in Theni.

In a video released on News18 Channel’s Crime Time on the LED bulbs scam, it is said, “The anti-corruption police investigation has exposed the fraud of up to Rs. 1 crore in the purchase of LED bulbs during the AIADMK rule in Theni district.”

It was alleged that the government caused a loss by purchasing LED bulbs at extra cost in the Theni district municipalities in the year 2019-2020. Theni Anti-Corruption Police have registered a case against Vijayalakshmi, a former assistant director of municipalities, 10 former executives and 13 contractors. Rumours are being spread that fraud in the purchase of LED bulbs in the Theni district during the AIADMK regime took place during the DMK regime. In addition, in the same meme post, “Coffee and mixture cost Rs. 47 crores”, is also mentioned which is again another incident that happened during the ADMK regime but spreads as in the DMK regime. We have already published an article about this.

Read more: Rs 47 crore for coffee and mixture? Incident in ADMK regime is spreading as the news of the DMK regime!

It is proved that both the incidents in the meme post, 1 crore fraud in the purchase of LED bulbs, coffee and mixture cost 47 crore rupees, took place during the AIADMK regime but are being spread as if they occurred during the DMK regime. 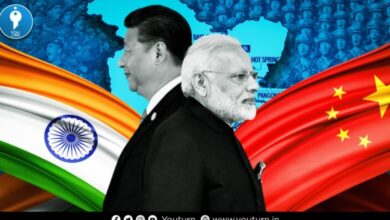