Layoffs at Twitter was my biggest mistake – Elon Musk A post is viral on social media claiming that Elon Musk has realised his mistake of laying off Twitter employees and that he rehired the fired employees now. This claim was initially posted by ‘Aaj Tak’ followed by several other news portals and social media users. Such posts can be seen here and here. These posts quoted one of Elon Musk’s tweets. Elon Musk tweeted on 15, November 2022 an image of two men with him mentioning as ‘Welcome back Ligma and Johnson’ followed by a reply tweet mentioning ‘Important to admit when I’m wrong & firing them was truly one of my biggest mistakes’.

Following this tweet, it was claimed by news portals and other social media users that Elon Musk has realised his mistake of firing his employees and that he is now rehiring them. But the tweet is a joke as no employees named ‘Ligma’ and ‘Johnson’ existed earlier. The prank was played in the names of Ligma and Johnson amid the mass layoffs at Twitter.

Two men were seen carrying boxes near the entrance of the Twitter office in San Francisco. And they even pranked mainstream media by saying that they were Twitter employees and that they are fired now.

When the prank was viral, many believed it to be real. Elon Musk too shared the image that went viral with a funny note.

Ligma Johnson had it coming 🍆 💦 pic.twitter.com/CgjrOV5eM2

Recently, when a Twitter user posted ‘Elon has fired numerous employees who were critical of him on Twitter and the company’s Slack, according to Protocal’, Musk replied ‘I would like to apologize for firing these geniuses. Their immense talent will no doubt be of great use elsewhere’. And in the same thread, he replied ‘Ligma & Johnson are welcome back anytime’ for a tweet from another Twitter user.

Ligma & Johnson are welcome back anytime

It is found that Elon Musk’s post about the photo with two popular pranksters is misattributed that they were rehired by many including Aaj Tak. 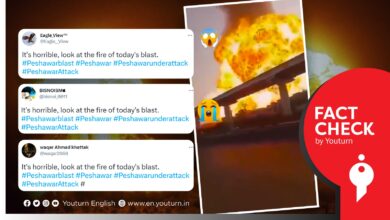 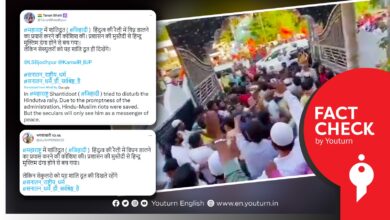