BJP don’t think to see the 32 lakh farmers who are fighting for the 17th day in the pouring snow. I’m #evmfraud, Modi. I don’t even need a mask and social distance to visit Ambani’s grandson because this is our guruji’s heir. Prime Minister Modi completely changed his appearance as a long beard and moustache during the Corona period. This photo, which is being circulated on social media, is an old photo taken a few years ago.

A search of Mukesh Ambani, Modi and the hospital with keywords revealed that the photo was taken during the opening of the HN Reliance Foundation Hospital in Mumbai in October 2014. The photo which is rumoured as PM Modi visited Ambani’s grandson in the social media was originally taken during the opening of the HN Reliance Foundation Hospital in Mumbai in October 2014. 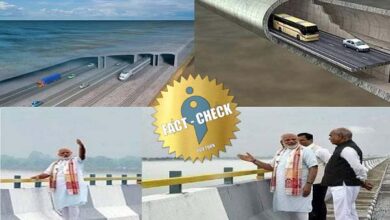 Sample images of the Europe-Norway project is being touted as an underwater tunnel built under the Brahmaputra! 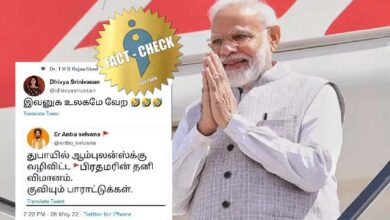 Did the BJP member post that the Prime Minister’s private plane gave way to an ambulance in Dubai? 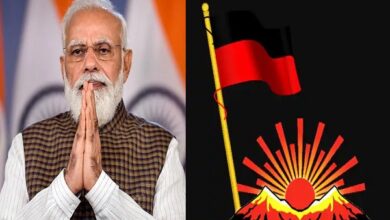