Of this, ₹ 5.5cr was purely for “welcome, event management, & photography”. A pedestrian suspension bridge in Gujarat’s Morbi collapsed on the evening of 30th October 2022 when Prime Minister Narendra Modi was campaigning in the state albeit in a different city. After the collapse which killed around 140 people resulting in one of the biggest human tragedies in the country in recent times, it was announced that Prime Minister Modi would visit the city and visit the hospital to meet the injured people due to the collapse of the bridge. Modi visited Morbi on 1st November 2022 which also led to many allegations of hospitals, roads, and other infrastructure renovated hours before Modi’s visit. It was reported on some news channels as well. See here, here, and here. In our search, we found that the newspaper images used by Saket Gokhale were originally shared by a twitter user named Dax Patel (@thedaxpatel). The images were shared by Dax Patel on 30th November 2022 with a claim that an RTI query revealed that Rs.30 crores were spent during Modi’s visit to Morbi for few hours.

Following this, Saket Gokhale also tweeted using the same images and made the same claim on 1st December 2022. When a twitter user raised a question to Dax Patel about the origin of the newspaper cutting, he responded that the news came out in “Gujarat Samachar”.

In our search in the Gujarat Samachar’s website which contains the digital version of the newspaper, there is no mention of such article which claimed that Rs.30 crores were spent during Modi’s visit to Morbi. In addition to that, there is no major, credible, and reputable news outlet reported about the ‘RTI query’.

Further, the Press Information Bureau’s Fact Check had clarified that this claim is false and no such RTI was filed.

Quoting an RTI, It is being claimed in a tweet that PM’s visit to Morbi cost ₹30 cr.#PIBFactCheck

▪️ No such RTI response has been given. pic.twitter.com/CEVgvWgGTv

There are many misinformation surrounding the collapse of the pedestrian bridge in Morbi.

In our search, we find that Saket Gokhale’s tweet which claimed that Rs.30 crores were spent for few hours’ visit of PM Modi to Morbi, where a pedestrian suspension bridge collapsed on 30th October 2022 killing around 140 people, is false. According to the PIB, no such RTI had been filed. 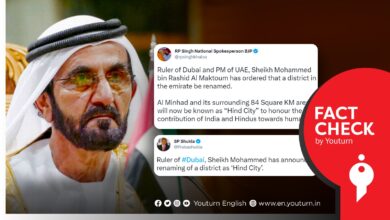 Did Dubai ruler order to rename Al Minhad as ‘Hind City’ to honour India and Hindus? 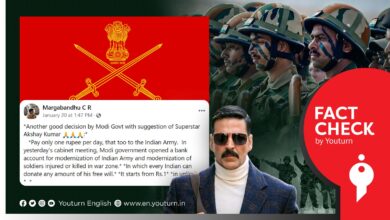