A mosque was built across the road in Mumbai. This is the freedom of the Indian minority. Where are the neutral Hindus? Actress Kangana Ranaut’s office in Mumbai has been demolished by the state government for allegedly operating without permission. Demolition work on the building has been halted due to a lawsuit filed in this regard. In the posts and talks related to the demolition of the actress’ office, it was seen that many people were posting the photo saying that it was a mosque built in the middle of the road in Mumbai and that it should be removed. Questions have been raised as why the corporation did not remove the mosque built in the middle of the road, but has demolished Kanaga’s office. As the photo spread across India, we explored to find out its authenticity.

When Reverse Searching the photo of a mosque occupying the road in Mumbai, it was discovered that the mosque was not in Mumbai but was located in Sagar, Madhya Pradesh.

A month ago, a website called Baskar.com now featured a viral photo. In it, it is mentioned as Katra Bazaar. Social media users are sharing this photo as a mosque built on Mumbai Road. In our search, we came to know that the photo spreading as the mosque built across the road in Mumbai was Jama Masjid located in Sagar area of Madhya Pradesh.

Festivals of the Coronas:For the first time in 4 months, the feeding market will now be unlocked on Rakshabandhan, bought festivals in markets before two days of lockdown. 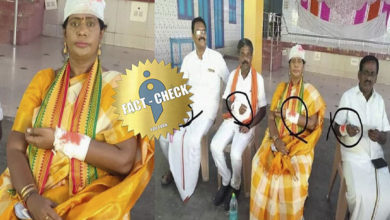 What happened behind the BJP member’s viral photo? 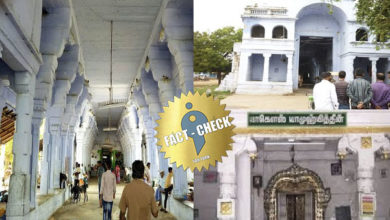 Pottalputhur mosque is rumored to be a Murugan temple! 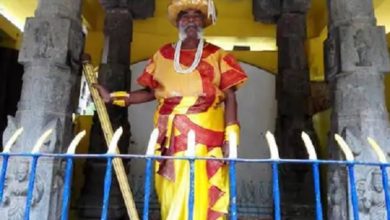