In the current economic situation, inflation is inevitable. People should remember the sayings from Gitacharam that ‘do your duty and do not expect the result’ – Finance Minister Nirmala Sitharaman. In the current economic situation of India, rising prices are inevitable. The news card of the Polymer Channel claiming that Finance Minister Nirmala Sitharaman saying that people should remember Gitacharam lines at this time has gone viral on social media.

When searched for the news card dated May 9 on the Polymer Channel, “Will petrol and diesel fall within the GST limit? If the Tamil Nadu Finance Minister agrees to bring the petrol and diesel tax within the GST limit, the Central Government will do so immediately”, Nirmala Sitharaman was quoted as saying was found. The above said news card was edited with the fake claims. In our search, rising prices are inevitable in the current economic situation. It is clear that the spreading news card that Finance Minister Nirmala Sitharaman has said that people should remember Gitacharam which says ‘do your duty and do not expect the benefit’ is fake. 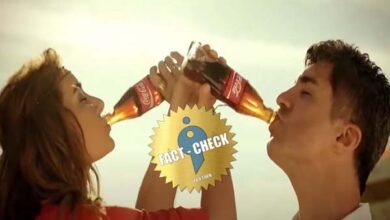