Prime Minister Narendra Modi will lay the foundation stone for Asia’s largest Noida International Airport tomorrow. Proud of its many features, it will be India’s first net zero-emissions airport. 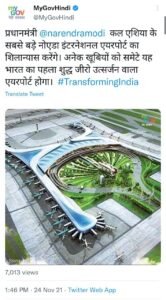 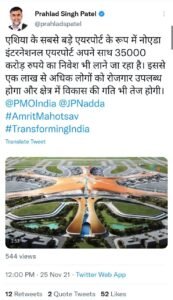 A Twitter account ‘Shen Shiwei’, China state-affiliated media tweeted the collage of all the tweets describing as “Shocked to know that Indian government officials had to use photographs of China Beijing Daxing International Airport as proof of their achievements of infrastructure”.

It is apparent that pictures of airports in South Korea and China have been shared by various government social media accounts and BJP leaders as representative images for the upcoming airport project in Uttar Pradesh. 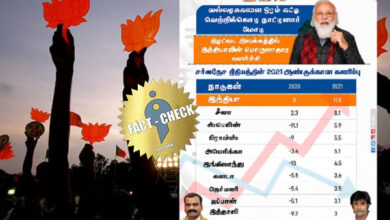