The scene where a young boxer from Thoothukudi bravely faced the stage in the middle of the crowd when a Pakistani boxer roared that there is no one in India to beat her after her victory in Mumbai. The video has gone viral on social media, claiming that a young woman in the middle of the crowd confronted a Pakistani boxer when she said she has no one to challenge her after winning a match in Mumbai. In different social media posts, the woman who faced the Pakistani player is sharing the names of Chennai, Tuticorin, Madurai, Karaikudi, Erode and Pudukottai. This video has been going viral on social media since 2018. The viral 2.10-minute video is not a boxing match, but an Indian professional wrestling show called “CWE”. The video was released on June 13, 2016 on CWE’s official YouTube channel, entitled “KAVITA accepted the open challenge of BB Bull Bull”. The scene is set as Kavita confronts wrestler BB Bull Bull from the crowd. This is not an accident, it is a planned depiction.

Following this, in the video released on July 9, you can see the same women taking part in a fight with a male partner. The woman in contest in the viral video is not from Pakistan, she is India’s first professional wrestler BB Bull Bull. Another person in the contest is Power Lifting and former MMA champion Kavita Devi. He participates under the pseudonym Hardkd. Continental Wrestling Entertainment (CWE) is a training school for Indian professional wrestlers. It was set in 2015 in Jalandhar, Punjab by former WWE superstar Great Kali. Kavita Devi from Haryana worked as a guard. She then joined the CWE in February 2016. She became famous in June 2016 after participating in the first match with BB Bull Bull. She was signed in 2017 to compete in the WWE.

Earlier, it was reported that a video released on the CWE was falsely circulated alleging that worshippers with a preacher had assaulted a police.

In our search, a video taken in 2016 of an Indian professional wrestling competition called CWE, was misrepresented as a scene of a Tamil lady confronting young Pakistani boxer bravely confronted on the stage boxer during a match in Mumbai. It is also possible to know that it is a depicted match. 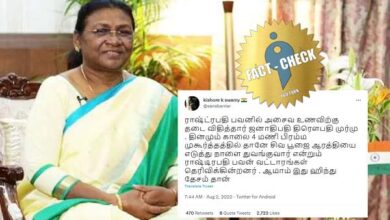 Did Draupadi Murmu ban non-vegetarian food in the Rashtrapati Bhawan? 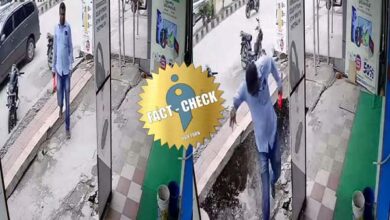 A rumour is being spread that the drainage constructed during the DMK regime has collapsed! 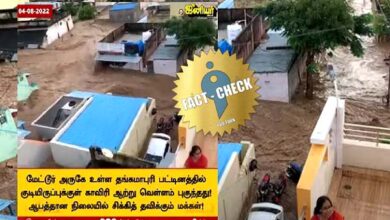