Look at the situation that came to the Tamil god Murugan. Where are the neutral Hindus? Tirunelveli District Pottalputhur. The Islamists are occupying and using the Murugan temple as a school gate. First the temple idol is stolen. There is no puja due to lack of idol. The temple without puja was occupied in the course of time and today it has become a mosque. Hindus must work together to restore this. Will you Share more. It must reach millions of Hindus! The Murugan temple in the Pottalputhur area of Tirunelveli district has gone viral on social media as Islamists have been using it as a mosque. This post has been circulating for over 2 years now.

We continue to see social media posts circulating that the Hindu temple in Tamil Nadu has been converted into a mosque by the Islamists. Youturn has published several articles in this regard. Now the same rumour is spreading as the murugan temple had been turned into a mosque. Currently, the photo featured in the circulating post is of Lord Pottalputhur Mukaitheen Dargah near Kadayam in Tirunelveli district which is known as one of the most famous dargahs in the southern districts of Tamil Nadu. It is said that Mukaitheen Dargah was built in the year 1674. The worship conducted here is said to be similar to the worship of the Hindus. Not only Muslims but also Hindus visit this Dargah. The annual Kanduri festival at Lord Mukaitheen Dargah will be critically acclaimed by many people not only from Tamil Nadu but also from Kerala and Karnataka. This dargah is an excellent bridge to religious unity as all religions attend this festival. Nagore is also known for being parallel to the Dargah. They are spreading unsubstantiated rumours that this famous Dargah is a Murugan temple.

The judgment of the Pottalputhur Dargah Trust in the Chennai High Court stated that “the Dargah was built in 1674 and is inhabited not only by Muslims but also by Hindu and Christian devotees.” Most of the oldest mosques and places of worship in Tamil Nadu are designed according to Indian architecture. As the pillars, decorative sculptures and halls set up in them all reflect the architecture of this land, it is rumoured that Hindu temples are being converted into mosques and churches.

Those who spread such rumors only make allegations without any evidence. Such posts are an example of how religious hoaxes have been circulating on social media for years. 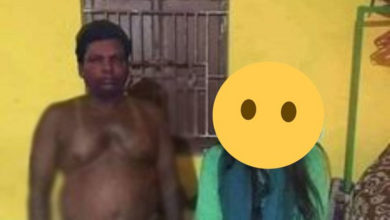