Mic is off but comedy is ON Rahul Gandhi’s Bharat Jodo Yatra is currently at Madhya Pradesh at the time of writing this article. A popular right wing supporter, Rishi Bagree, shared a video of Rahul Gandhi implying that Rahul Gandhi is talking without realizing the mic is off. Many others also shared the video with similar to identical claims. See here, here, here and here.

With a keyword search, we found out that the virally shared video was clipped from Rahul Gandhi’s Indore rally from looking at the below video published in Congress’ official YouTube page.

In the video, the portion that is being virally shared can be seen at the 5th minute mark. Rahul Gandhi alleges that his microphone is magically turned off in Parliament when he talks on Demonetization, GST etc and to make the point, he turns off his own microphone. He had been doing the same in various public rallies over the past few weeks of the Bharat Jodo Yatra.

A shorts video was uploaded in Rahul Gandhi’s official YouTube page on 10th November 2022 where he can be doing a similar act of turning his own microphone to demonstrate that his microphone was turned off in similar fashion in Parliament when he rose to speak on certain topics.

A small portion of Rahul Gandhi’s speech in Indore rally alleging his microphone is being turned off in Parliament is being cut and shared with a misleading implication that Rahul Gandhi is unaware of the microphone being off and he continues to talk.

Similarly, Rahul Gandhi’s public rally in Surat attracted a similar wave of misleading claims that Rahul Gandhi’s translator left the stage midway without translating his speech as he did not understand what Rahul was saying.

Pakistani cricketer’s call to Islam is attributed to a Saudi Footballer. 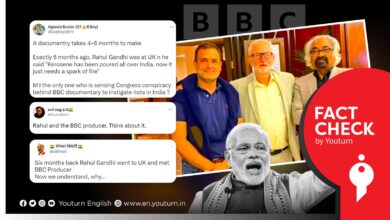 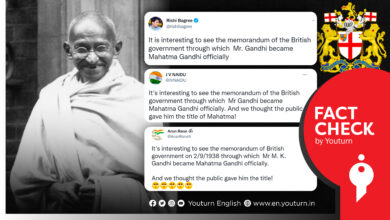 Was the Mahatma title given to Gandhi by the British? 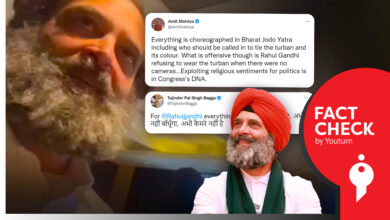 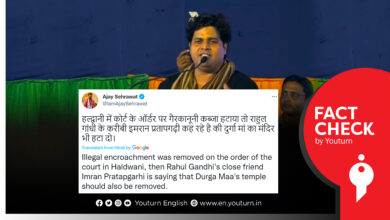