Lord Sriram bhajan during the procession in street… A kid inside the mosque admires it. A 1.40-minute video of a kid dancing in a mosque claiming it as he is dancing for Lord Sriram Bhajan that is played during the procession in the street is viral on social media.

When the keyframe of the viral video is reverse searched, the India Today article dated 18th November 2020 with the same video mentioning it as the child dancing for a famous song, was found. India Today has tweeted that it is an edited video and the song was not the claimed one.

It has been brought to our notice that this is an edited video. The child wasn’t grooving to Dama Dam Mast Qalandar sufi song.

A 2-minute full video of the viral clip was posted by Mod Usril on his Facebook page on 8th November 2020. This video does not have Ram bhajan in the background, but a worship song was played instead.

The above video was posted by a person from Majalengka province, Indonesia. The video of the child dancing for a worship song played in the mosque in Indonesia was misspread in India after editing the audio.

The viral video that claims that the child is dancing in a Mosque for Ram Bhajan played during a procession in the street is fake. The audio of the original clip was edited and spread in India, and the video was not captured in India. 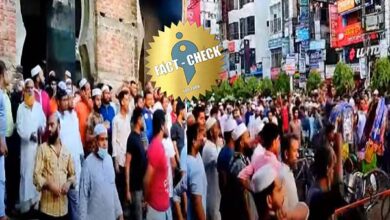 Is it the video of Muslims screaming to stop Kali temple pooja in Kolkata? 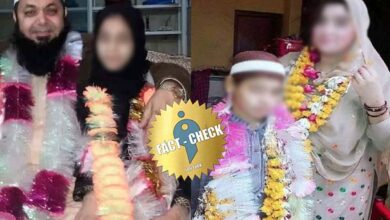