In recent times, the interest shown by BJP national leaders in the Tamil language, such as budget and state ceremonies, can be seen in many apologizing for not being able to speak Tamil and praising the Tamil language as archaic. It has also increased during the current Tamil Nadu elections.

Meanwhile, in the three years 2017-20, the BJP government was able to compare the funds allocated for the promotion of the Sanskrit language with the funds given to the Tamil language. Followers are also being asked about this. The Central Government has spent Rs 643.84 crore in 3 years for the development of the Sanskrit language alone. This is 22 times more than the total expenditure of Rs 29 crore on the other five languages ​​- Tamil, Telugu, Kannada, Malayalam and Oriya, according to data released by the Union Ministry of Culture. Criticisms arose that the central government was spending too much on Sanskrit, which is largely unused in India. According to the 2011 census, there are 24,821 native speakers of Sanskrit in India.

In the run-up to the Tamil Nadu Assembly elections, BJP leaders Prime Minister Modi and Amit Shah have been talking about the antiquity of the Tamil language, whereas Netizens sharing on social media the Rs 643 crore allocated by the central government for Sanskrit in 2017-20. 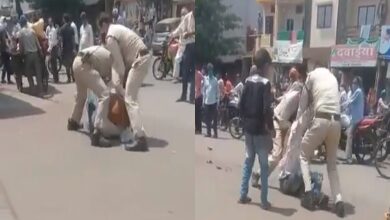