Saravanan Kumar IRS is one of the lesser known of the three leaders who went to Delhi from Tamil Nadu yesterday and joined the BJP. People are unlikely to know much about this young man who resigned from the top post of the IRS and joined the BJP.

His father is a simple worker who repairs father gas stove. Born in a village where there was not even a bus facility, He was very interested in studying at the time of his study, worked as a student journalist in Ananda Vikatan, because of the interest in reading books he bought a book for Rs.1030 even though his first month salary was Rs. 1000. Gradually advancing in life he was selected for a higher job based on the qualification of IRS.

Mr. Saravanakumar IRS is an exemplary young man who, despite being born into an economically inferior family, rose to prominence and added pride to his family and the country. So many educated youth across the country today are coming towards the BJP! Now is a good time for Tamil Nadu!

Recent days many BJP and right-wing supporters are writing memes and write-ups about his life on social media about Saravanakumar IRS, the most unknown of the three key figures who joined the BJP.

“Dear BJP volunteers. My name is Poo.Ko. Saravanan. Not Saravanakumaran. I am still in government service. Former IRS officer Saravanakumaran was joined in BJP, who is also involved in AMMK party previously. The fantasy story about me regarding this is not real. Thank you” Poo.Ko. Saravanan has posted on his social media pages for the rumours circulating about him. Saravanakumar, a former IRS officer who joined the BJP, is the nephew of DMK MP Tamilachi Thangapandian. He has been working as an Indian Revenue Officer for more than 15 years and retired voluntarily in 2017 and resigned from the Central Government. Then he worked as a spokesperson for the TTV Dhinakaran’s AMMK party for a year after retiring from government service. He later joined the BJP after leaving the AMMK party.

Instead of writing about Saravanakumar, the BJP and Right wing supporters are writing about Poo.Ko. Saravanan, who is on duty, and spreading his photo and information about his life. 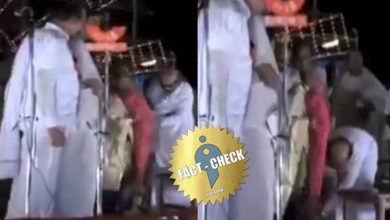 Video of Karunanidhi falling at the feet of Indira Gandhi | What is the truth? 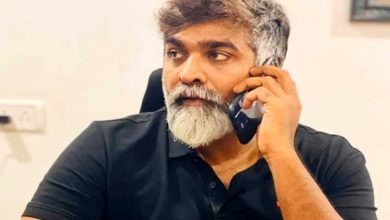