Seeman went to Tirupati and placed his son on Tulabaram.. what is this? The photo has gone viral on Twitter and Facebook, claiming that Seeman, the chief co-ordinator of the Naam Tamil Party, visited the Tirupati temple with his son and wife. In one of the photos shared that Seeman gave Tulabaram at the Srirangam temple, we could able to see the nameplate in Tamil as “Tulabaram”. This is what is referred to as Srirangam. we were able to see that some of the comments were posted as Srirangam Temple, Thiruporur Murugan Temple. The following video was found while searching for Arulmigu Kandaswamy Temple located in Thiruporur area of ​​Chengalpattu district.

This video features the scales in the 3.40th minute viral photo, including the nameplate. The photo of Seeman with his family while giving Tulabaram to his son at the Thiruporur Murugan Temple in Tamil Nadu has been misrepresented as Srirangam and Tirupati.

Read more: Did Seeman visit Attivarath with his family?

Even before this, we had published an article on the virality of the false photo that Seeman went to the Attivarathar temple with his family.

In our search, we come to know that the photo of Seeman giving Tulabaram to his son was not taken in Tirupati or Srirangam but at the Thiruporur Murugan Temple. 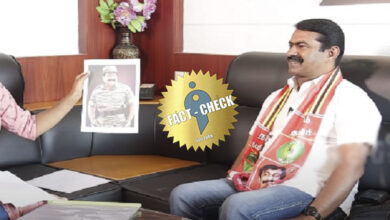 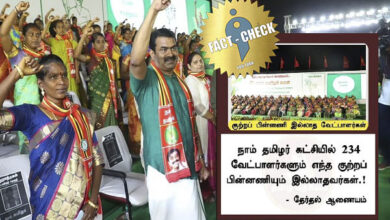 Did the Election Commission say that NTK candidates have no criminal case record? 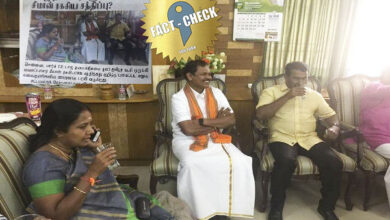