S.Ve.Shekher on his Twitter page, “Arrangements on the roads have been made to decrease the heat of Vehicle engines, National Highways ask the public to make use of it”, along with a photo of a car that fell in a pit stagnated with rainwater on the road. The whereabouts of the photo were not provided in the Twitter post. There are chances for social media users to think of the sarcastic post as if it has been captured from Tamil Nadu. Tamil Nadu BJP Spokesperson Narayanan has proved it right by sharing the post with a description ‘DMK government’s new scheme’. But the picture in the post was an old one and not taken during this DMK regime. This picture was viral four years back on Twitter and other social media platforms. Social media users from Mumbai has posted this picture in 2017 on Twitter. In 2017, the Times of India has published an article stating the same picture as a satirical video and photos that went viral lambasting Mumbai governance.

However, couldn’t find details on where this photo was taken. But it is evident that the photo is not recent but an old one.

The picture of a car in a pit stagnated with rainwater, claimed by BJP Narayanan as the DMK government’s new scheme is fake. The photo is an old one from 2017 and can be seen in the posts and articles from Mumbai. 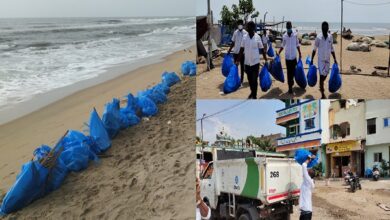 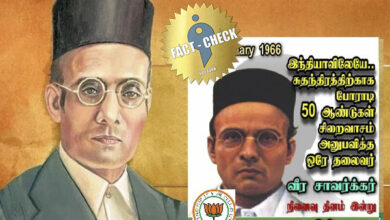 Did Savarkar serve 50 years in prison? 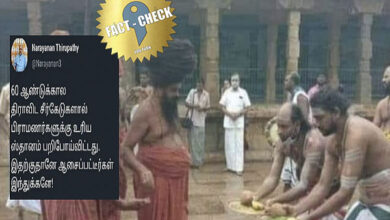 Did Narayanan tweet that Brahmins have lost their rightful place? 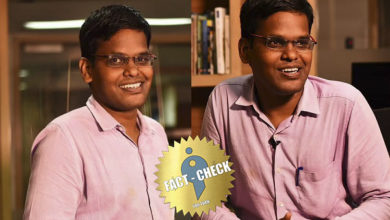