When asked by YouTurn to explain where the data came from, Suresh said the reference was made through World Bank data. Meanwhile, Purushothaman had posted on his Facebook page on September 23 that the data provided by Suresh was incorrect.

Let’s look at the errors in this, if in 1970 Tamil Nadu GDP was $ 0.34 billion and India GDP was $ 62 billion, Tamil Nadu’s share in Indian GDP was only 0.5%. The only thing that made me doubt was that there was no chance for this. India is unlikely to be 0.5% unless it is at least 5% of GDP. So I searched for statistics on this on the official statistics sites of India. Statistics for more than a hundred years from the time of British rule are available on the official website of the Government of India. Here is the result of such a search (nic.in) Purushothaman posted a post containing the values he found and also mentioned Suresh in that Facebook comment. Suresh said that your data was incorrect. There has been a long conversation with Suresh denying that the data provided by Purushothaman was false.

Due to the unavailability of GSDP data for Tamil Nadu in 1970, comparison of NSDP data does not appear to have made a significant difference between GSDP and NSDP from 1980 to 1993 (see table above). 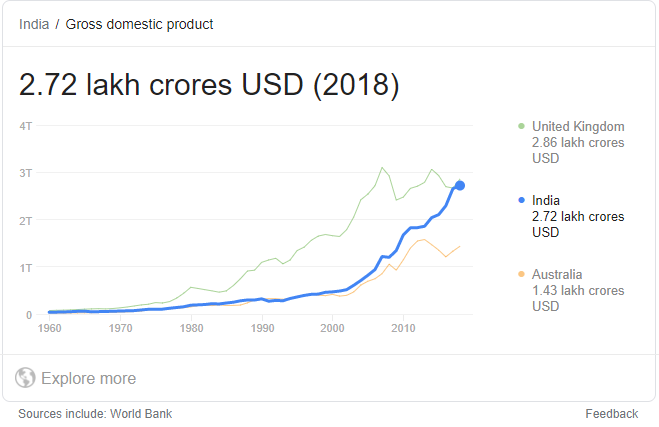 He may have miscalculated the $3.16 billion in NSDP data in 1970 to $0.314 billion, or he may have compared the growth rate of Tamil Nadu with the rupee and the growth rate of India with the US dollar, as per the table above. However, economists say that Tamil Nadu’s share of India’s GDP is likely to be at least 5%, not 0.5%. It is true that Tamil Nadu has a higher growth rate than India in terms of these data, but the data that India has a huge difference of 47 times and Tamil Nadu 764 times as high as Suresh Sampantham says is incorrect.