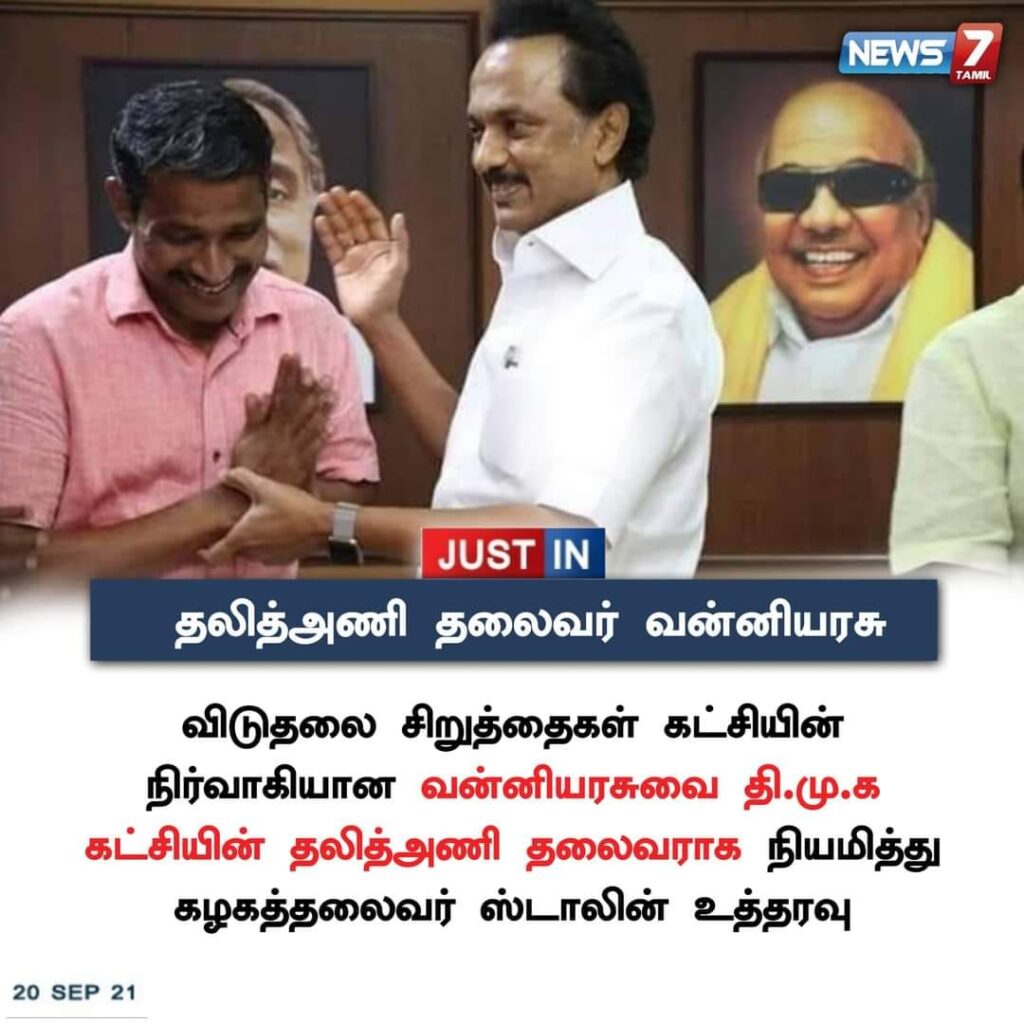 A fake claim that VCK member Vanniarasu is appointed as DMK’s Dalit Wing Leader by M.K.Stalin is viral on social media.

The news card in the name of News 7 Tamil was not published by the channel. The channel too has denied the fake news card. Vanniarasu also has mentioned it as fake news on his social media handle.

He has posted, “Seeman brother, see how you are moulding your followers as caste fanatics. Mentioning me as the Dalit wing shows the hatred of caste. Come to the positive politics and stop doing hatred politics like BJP and PMK”.

Before this Vanniarasu has posted a sarcastic video on NTK coordinator Seeman on his Twitter page. Since the fake claim was spread after this post, Vanniarasu has tagged Seeman in the next post thinking that his followers have done it.

Rumour has it that VCK’s Vanniarasu is appointed as DMK’s Dalit Wing Leader.