#TheKashmirFiles has been shortlisted for #Oscars2023 in the first list of @TheAcademy. It’s one of the 5 films from India. I wish all of them very best. A great year for Indian cinema. 🙏🙏🙏 Deeply humbled to see #TheKashmirFiles as a film and my name shortlisted in #BestFilm and #BestActor catagory for the #Oscars2023! Even as a short list it is a big triumph for us. Congratulations also to other Indian films in the list. भारतीय सिनेमा की जय हो! 🙏😍 @TheAcademy

Deeply humbled to see #TheKashmirFiles as a film and my name shortlisted in #BestFilm and #BestActor catagory for the #Oscars2023! Even as a short list it is a big triumph for us. Congratulations also to other Indian films in the list. भारतीय सिनेमा की जय हो! 🙏😍 @TheAcademy pic.twitter.com/VtaGLywtZQ

Now, the movie’s director Vivek Agnihotri claimed that the movie has been shortlisted for the Academy Awards which is commonly known as Oscar Awards. Anupam Kher, who acted in the film, claimed that he had been shortlisted by the Academy Awards committee for the Best Actor award in addition to the movie being selected in the Best Film category. But it has been vehemently denied by many on social media.

Let me make this clear – that filmmaker who is claiming his divisive film has been “shortlisted” for the Oscars is LYING. His film has only qualified for the Oscars. Any film can qualify if it has a limited run in LA.

We cross-referenced the list put out by the Academy as a shortlist of movies in 10 categories which can be seen here.

The Kashmir Files has not featured in any of those categories, whereas other Indian Films such as RRR, Last Film Show, All That Breathes and The Elephant Whisperers have been selected in various categories.

The confusion arose due to the Reminder List for the upcoming 95th edition of the Oscars which was accessed by many which led many including the movie’s director Vivek Agnihotri & actor Anupam Kher to believe that the movie had been shortlisted for the Oscars. Reminders List consists the names of movies that ran in a calendar year in one of the six qualifying U.S. metro areas such as Los Angeles County, City of New York, the Bay Area, Chicago, Miami and Atlanta. Any movie released in these areas which are more than 40 minutes long and qualify other rules set by the Academy (see here) will be included in the Reminders List.

It is only in this list the Kashmir Files have been listed among several other Indian movies. This does not mean that the movie is shortlisted or nominated for Oscars. The nominated movies for Oscars have not been announced yet.

A similar list for the 93rd Oscars can be seen here.

Did Rahul Gandhi pause performing aarti for the cameraman to come? 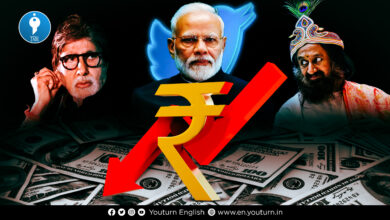 Falling value of Rupee and the silence of once vocal Bollywood celebrities.